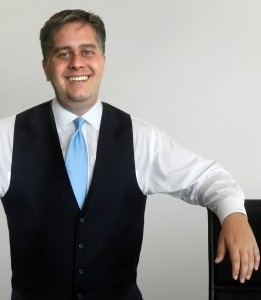 Some of his representative commercial matters include:
An experienced Supreme Court advocate, Chris has represented parties and amici before the nation’s highest court at both the certiorari and merits stages. His clients have included the Cato Institute, the National Federation of Independent Businesses, the National District Attorneys Association, and the Seventh Day Adventist Church. During the 2012 Term, he was appointed by the Court to represent the petitioner in Millbrook v. United States, a case concerning the scope of the United States’ waiver of sovereign immunity under the Federal Tort Claims Act. Chris’s advocacy secured a unanimous opinion in favor of his client reversing the court of appeals’ holding. (Click here to listen to Chris’s oral argument before the Supreme Court in Millbrook.)

Chris also has an active pro bono practice. He was part of the legal team that represented Senator John McCain in defending the constitutionality of the Bipartisan Campaign Reform Act, which the Supreme Court upheld in McConnell v. FEC. He also successfully argued before the U.S. Court of Appeals for the Seventh Circuit and the Board of Immigration Appeals the cause of a Cameroonian asylum seeker who had been beaten and raped by paramilitary police in her home country. Chris’s advocacy obtained a full reversal of the immigration judge’s deportation order and a grant of asylum. (Click here to listen to his oral argument before the Seventh Circuit in that case.)

Chris received an A.B. degree in public policy from Princeton University’s Woodrow Wilson School of Public and International Affairs, where he was the top-ranked college debater in the nation. He received his J.D. from Harvard Law School.After graduating from law school, Chris clerked for Judge Samuel A. Alito, Jr. on the U.S. Court of Appeals for the Third Circuit in his home town of Newark, New Jersey. Several years later, after Justice Alito’s confirmation to the United States Supreme Court, Chris returned to clerk for Justice Alito during his first full Term on the Court.In 2013, the New York Law Journal named Chris to its inaugural class of “Rising Stars” – lawyers under 40 who are “top contributors to the practice of law and their communities.” The same year, he was named “Appellate Litigator of the Week” by The National Law Journal. Chris has been selected to the New York Super Lawyers list for appellate and business litigation from 2014 through 2021. He has presented before the Federal Bar Council, the National Association of Criminal Defense Lawyers, and other legal organizations.Prior to co-founding Reich & Paolella in 2011, Chris was counsel at the New York City office of Winston & Strawn. He previously practiced at Cravath, Swaine & Moore and at the New Jersey-based law firm of Lowenstein Sandler.
Counselors for Critical Matters
Contact US
© 2022 Reich & Paolella LLP
|
Disclaimer
|
Attorney Advertising Notice